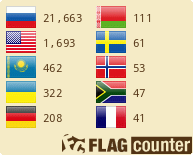 May 4, 1922 Minutes of the Presidium of the Executive Committee of the county Irbitskogo № 37 created county - city archive fund, which was the predecessor, the ancestor of the State Archives in Irbit.
Over the years, the archive has been collecting, storage and use of historical and cultural heritage. During these years, the archive received and processed more than 1,000funds, which contain more than 150 000 items.
Stored documents, since 1917, reflect the economic, political and socio- cultural development of not only the city Irbit but Irbitskogo, Turinskogo, Baykalovskogo, Slobodo-Turinskogo, Tugulymskogo, Talitskogo, Tavdinskogo areas.
The archive materials are the formative period of Soviet power in the city and Irbit Irbitsky district, reflecting the fight against hunger, banditry, speculation and homeless children. The greatest interest among researchers cause documents NEP period, covering the organization and activities of the various collectives, cooperatives, joint stock companies, as well as documents that reveal the punitive policy of the Soviet state - disenfranchisement of entire populations, cannibalization.
During the Great Patriotic War, the evacuation of the documents submitted to our city industrial enterprises, orphanages, hospitals documents where there is evidence not only of the people working in them, but were treated for injuries.
Postwar period found its description in numerous materials for the restoration of the national economy, the development of education, social and cultural life of the city and surrounding areas Irbit.
The archive is stored over 3000 documentary photographs, giving an idea of the industrial enterprises were evacuated to our city during the Great Patriotic War, about theirproducts. Lots of pictures of monuments, among which are of special interest shots mansions Irbit's merchants Zyazin, Rudakov, Larkov, Smirnov et al.
Currently, the archive collection documents come people of different professions, political views. Among the funds of a personal collection of documents of origin honorary citizens of the city, teachers, war veterans, cultural workers. Their personal correspondence, diary notes, photos family albums reflect the most important events of the city, region, country - it's all in the near future will be a valuable historical source.
Foundation publications archive contains 1956 books and pamphlets, 926 copies of magazines, 209 sets of newspapers, which are a valuable source of information for all categories of researchers. Among the pre-revolutionary publications fund code of laws of the Russian Empire, meetings statutes and government regulations.
The archive acts reading room, which is visited daily by scientists, historians, journalists and people interested in the history of his native land, an autobiography of his ancestors. Scientific staff themed lessons with schoolchildren and students.
State archive materials are used regularly for exhibitions, exhibited in museums, educational and government institutions and the city of Yekaterinburg and Irbit.
Executed citizens' requests related to their social protection, providing for their pensions and benefits and compensation in accordance with the legislation of the Russian Federation, the requests of citizens, public authorities, local governments, organizations and associations, requests for issuing copies of archival documents confirming the right to own land.
Русская версия